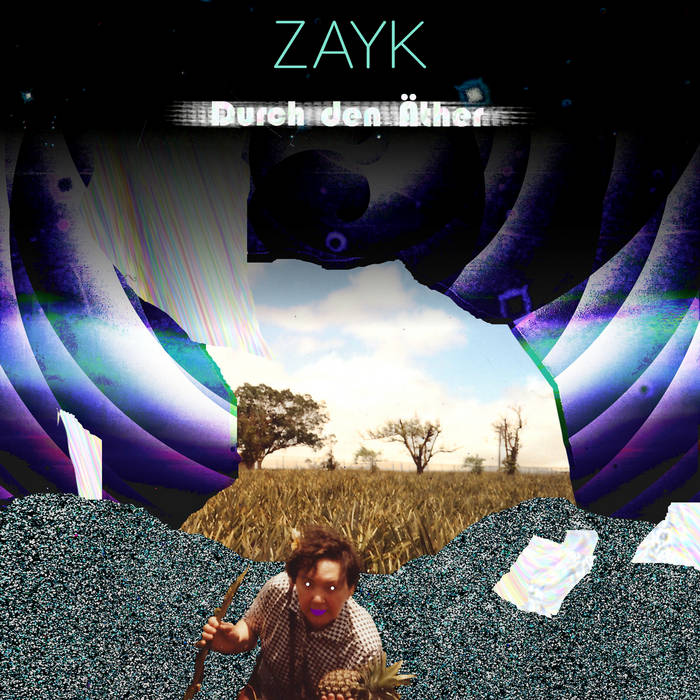 Zayk are five friends who met in a concert venue in Zürich, where they were organising shows together. They very quickly found out that they were all craving for people to play music with, so they got themselves some instruments and a place to practice and started to jam. The drummer and the bass player learned their instrument while jamming with the others. Since their technical skills were very limited they could never cover a song nor introduce any given structure into their jams. That is how they created their own way of communicating with each other, their own language, based on the collaboration of five different approaches to music.
Zayk’s songs always emerge from improvisation, to which they add some points of structure and some dramaturgical bends, which results in long, repetitive, structurally simple songs, that put the musicians and the audience in a trance, a jurney into the stars and the dark infinity of the universe. We find ourselves in forests made of sound and to get lost in them is bliss. Guitars, bass, synths and drums conspire together in weaving a carpet, in which sometimes there can also be found the golden thread of a voice woven into it. They played their first show at Swiss Psych Fest 2013 in Yverdon-Les-Bains and have been touring Switzerland, Germany, France, Belgium, Italy and Greece since then. Zayk released their selftitled first album in October 2015. They collaborated with Elias Raschle (Roy and The Devil’s Motorcycle, Mystery Park, Augenwasser) from Hot Dogma Records, who recorded and mixed the tracks on an 8 track recorder. The 300 copies of 180g Vinyl have already sold out after a couple of months. They recorded their second album ‚Durch den Äther’ in Colombier (NE) at Zi Jin Cheng Studio in June 2016, where David HB and Elias Raschle collaborated for the recording and mixing of the tracks. The Album was mastered and cut by Flo Kaufmann and an edition of 500 copies will be released on Bongo Joe Records in March 2017.

Bandcamp Daily  your guide to the world of Bandcamp